AKC isn’t advertising so enter your comment on what the dog fancy can do to promote and restore the value of a well-bred purebred dog.

Dog shows and dog breeding were once a gentleman’s sport. The men stood ramrod proud as their new birding dog was shown off by the kennel manager.  The ladies paraded in high fashion, accessorized by a purebred dog and it was more than corsets that kept their back rigidly strong.

As America recovered from two wars, the sport of dogs attracted commoners with working class dogs which included herding and flock guardians, hounds that treed and trailed, and police and military dogs. Suddenly the “Devil Dog” of the Marine Corps or a Lassie dog were within reach of the average family. The Upper Crust kept a stiff upper lip as the public invaded the dog show scene. The new generation dog lovers were affable, outgoing. Those who were a little put off by the stuffiness of it all found their niche in the new sport of Obedience.

One had bragging rights if they had “papers” but even without an AKC registration certificate, a purebred dog had value and the owner achieved a certain degree of status simply by owning such a dog. It was a sign of good taste which somehow reflected on the human’s pedigree.

Demand for purebred dogs was so great that Sears Roebuck sold puppies on premises. AKC became a multi-million dollar corporation because for the first time in history, anyone could own an “AKC registered dog.” Life was good. The most popular breeds from the late 50s to the mid-70s were Collies, German Shepherds, Poodles, Cocker Spaniels, and Chihuahuas.

By the early 80s sportsmen were looking at Labs, Goldens and intriguing new breeds like the Grey Ghost, reputed to be uniquely suited for both fur and feather.  “Humane Society” had not yet become a curse word and shelters were still called “dog pounds.” You could own an "AKC registered" Rottie and Pit Bulls weren’t on the Most Wanted list. 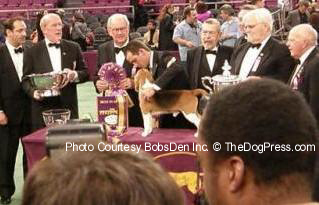 Somewhere in the 90s, big bucks gained control of the sport. Government funded puppy farms that had once provided income for disabled vets were swallowed up by the Hunte Corporation, which by the way, also collected over $12 million in federal funding.  AKC and Andrew Hunte had secret meetings and AKC renamed puppy mills as High Volume Breeders.

Hobby breeders were out-produced and outnumbered by commercial puppy farms and the result was that we were no longer AKC’s “Cash Cow”.  Puppy mill mix-ups resulted in Peekapoos and Cockapoos.  No problem, Designer Dogs were cleverly marketed to a gullible public. Whereas dog breeders, like other stockmen, had once taken pride in a long “line” of practical characteristics for herding and hunting, pedigrees became secondary to cuteness and salability.

As the Millennium ticked over, AKC instituted the Frequently Used Sires program, the puppy mills deserted, AKC pursued.  PETA and HSUS rose to prominence and for many hobby and show breeders, the last straw was the animal rights movement promotion of shelter adoptions. 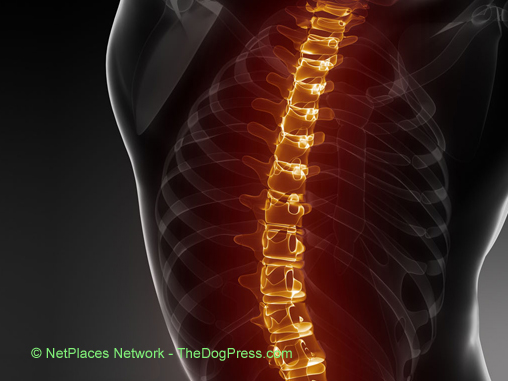 Fast forward to zoning regulations, license fees, and land costs which signal the end of all but the wealthy fanciers or the commercial puppy mills.  Adding insult to injury, AKC actually postulated that puppy mills were necessary because we hobby breeders could no longer meet public demand. That damming insult put many breeders into terminal osteoporosis.  Backbone gone.

The kitchen breeder caved in to a sport that rivals horse racing for big money investors.  The difference is that there's a finish line payoff for horse breeders.

UNIMPEDED by the American Kennel Club, PETA and HSUS tightened the screws.  Hobby dog breeders began to crumble.  Instead of a family tradition or lifetime endeavor, most decided to leave the Sport of Dogs to the wealthy socialites who first formed it. Hobby breeders can’t afford legal battles, can’t fight local Animal Control permeated by HSUS moles.  Any breeding program large enough to be viable is zoned, taxed, regulated or legislated. Without pet insurance, another of AKC’s hugely profitable side deals, small breeders can’t afford the vet bills.

No Demand For Well-Bred Purebred Dogs!

How are show breeders to produce the next generation of healthy, true-to-the-standard, predictable purebreds if puppy mills and pet shops have cornered the market for purebred "AKC Registered" puppies?

Do we take the American Kennel Club to task for deserting show and hobby breeders, the very foundation upon which it was built?  Is there anything we can do to counter the Animal Shelter campaign that makes people want to “save a life” by adopting someone else’s reject instead of buying a healthy, socialized, gorgeous purebred?  How can we overcome the image HSUS projects of genetically defective purebred dogs?

AKC absolutely refuses to market the concept of well-bred purebreds.  Years of AKC tax returns fail to reveal one penny spent on promoting its core reason for existence!  Let's hear your ideas if you truly support the sport of dogs.

Tell over 24,400 subscribers where you think we are today and what dog breeders can do to restore the value of a well-bred purebred dog.