You don’t hear much about puppy mills since Andrew Hunte spread political funding around MO and dealt out retribution against certain reporters but remember this when you vote 2018 mid-term elections. 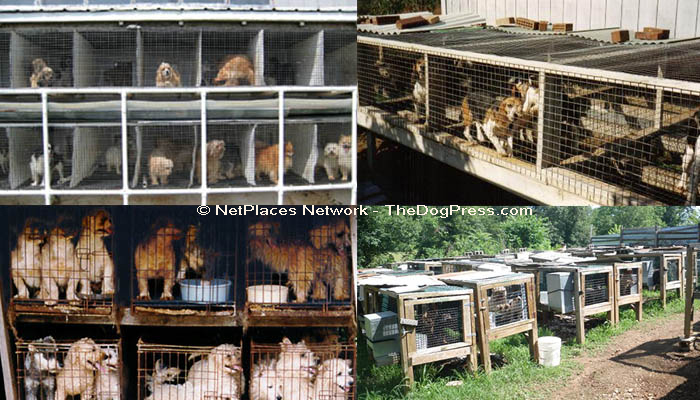 The Hunte Corp, founded by Andrew Hunte, is based in Goodman, Mo. which is why Missouri is known as the Puppy Mill state. Still, stuff leaks out on the local level. The Springfield (MO) News Leader headline reads “Last year, Missouri had almost twice as many puppy mills as any other state in the country.”

East-coast folks might cite Pennsylvania puppy mills as a close second to Missouri but in May 2018 the above assertion was also carried by the (MO) Columbia Daily Tribute which said, “The report, dubbed the Horrible Hundred, is compiled by researchers who spent hundreds of hours going through federal and state inspection records.”

As 2018 voters line up on issues, left against right, poor against wealthy, American-born against immigrants, does anyone still care about...  “the puppy mill problem”?

TheDogPress.com readers care. That’s because they know about the AKC’s permissive attitude toward commercial puppy producers, especially when collusion between the American Kennel Club and the “commercial” dog breeders seems evident. So it is important that they also know this: the Humane Society Of Missouri is concerned about the state’s failure to do puppy mill inspections if “third party entities such as the American Kennel Club (AKC) and other dog breeding industry groups such as the Missouri Pet Breeders Association approve of the facility.”

Other news outlets charge the puppy mill dogs “were underweight, had patches of hair loss, were injured, had lice and lived in filthy conditions without water” and one local paper pointed out “This all comes almost a decade after Missouri passed a law designed to crack down on puppy mills. The Canine Cruelty Prevention Act passed in 2010 initially saw an increase in prosecutions, but it’s clear that we’re still fighting a losing battle.”

Missouri officials stated “AKC inspections are not even comparable to USDA inspections as AKC standards of care are even less stringent than those required by USDA. Shockingly, AKC requires less living space for show dogs than USDA requires for dogs confined in puppy mills.”

No person would question the need for stringent inspections of puppy mills, defined under Missouri Proposition B of 2010 which “restricts commercial breeders to a maximum of 50 female breeding dogs, increases cage size requirements and mandates that breeding dogs receive annual veterinary exams. Other requirements include daily feeding and a limit on breeding not to exceed twice every 18 months.” 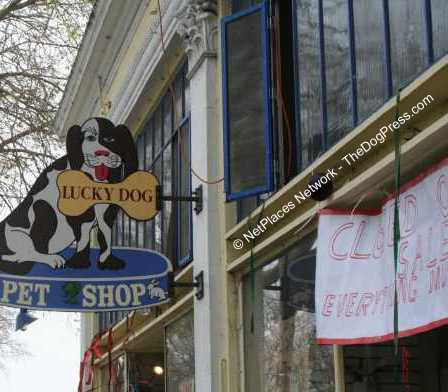 So where is the American Kennel Club on this current “puppy mill problem”?  And is there anything you can do to lessen the horrid conditions that most dogs and puppies endure?  Stay with us, the answer is yes...

Think about that if you should pause at a pet shop offering puppies for sale. Hopefully it will be closed because in America we've passed laws mandating commercial breeders feed their dogs daily…

So if someone mentions getting the children a puppy or falling in love with “X’ breed she saw on TV, do your DUTY to DOGS and offer to help them find a “responsible breeder”. Explain the horrors behind pet shop puppies and “puppies for sale” ads in the local paper.

Most people never heard of the Hunte Corporation{Ref # 1}. Your neighbor who is thinking about getting a puppy is NOT thinking about buying a family pet from a commercial puppy broker based in Missouri BUT... that is likely to happen because The Hunte Corp is the largest puppy dealer in the world, with pet shop outlets in the United States, Argentina, Chile, Mexico, Panama, Puerto Rico, Spain, and Japan. This didn't just happen.  The Hunte Corp website proclaims he/they have “owned and operated retail pet stores and veterinary clinics and, since 1991."

Yes.  That is a new wrinkle in the ever-expanding Hunte Corp dynasty. What can we do to protect those dogs that live their (short) lives in such misery? What can we do to enforce the animal cruelty laws already on the books? If your first answer is "get AKC to help..." forget it. TheDogPress.com reported on the apparent collusion and secret meetings between AKC and the Hunte Puppy Mill in Hunte History (see display below).

It is up to dog owners who care enough to #1. know who they vote for and #2. take an active LOCAL roll to discourage pet shops from doing business with Hunte and #3 remove the unrealistic stigma against breeders working with local pet shops. Stay tuned...