Who fast-forwarded dog shows past the good ole days when handlers showed for breeders who stuck to the standard by which judges judged? 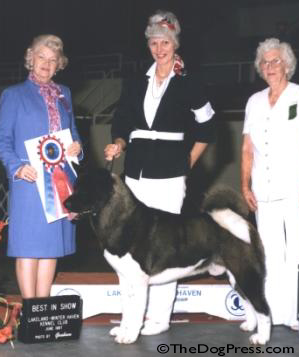 Once upon a time, breeders could still owner-handle a great dog to Cloud Nine.

Today it takes a consortium to fund, manage, and successfully promote a dog, even a great one!  The list of owners on a Top Ten contender reads like a corporate Board of Directors! Where have the real “dog people” gone?

Before someone turned on the time machine, handlers depended on having one or two dedicated clients who provided their first string dogs.  The handler lived close enough to observe the litter and advise the breeder on which pups to “run on”. 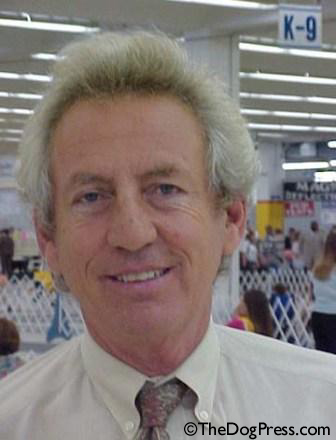 In that dream world of the past, show breeders had time and kennel facilities that allowed them to nurture and grow out the next generation. Breeders today are lucky to have a back yard much less an estate. Most live in a subdivision limited to three intact dogs and many handlers actually live in their motor home.

There was a time when aspiring handlers apprenticed under master handlers and graduation day came when they were finally allowed to take a dog in the ring. Apprentice handlers picked up poop, X’d the string, and finally, they were taught to show-groom according to the breed and individual dog. The best of them took time to look inside a dog’s head instead of just evaluating side-gait. They learned to motivate and train the dog so that it loved to show. That perfect synchrony and pride in performance wowed ringside and judges. 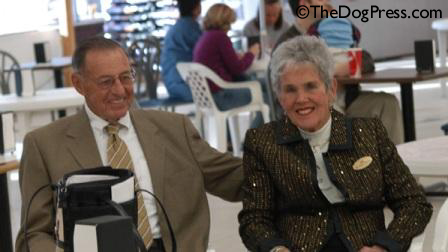 Do you remember when handlers looked like professionals instead of hookers? Today you wonder if that guy with a dog is a handler, Rapp star, or golf pro. From shorts to t-shirts and tights, it’s enough to make your eyes cross! Before the time warp, it was hard to tell the handlers from the judges. Sometimes it still is. At outdoor shows last summer, I saw old school pro handlers in sports coats and judges wearing, well, whatever…

Back to generational breeders (what a rarity the grown up children of breeders are these days) and maybe one co-owner. 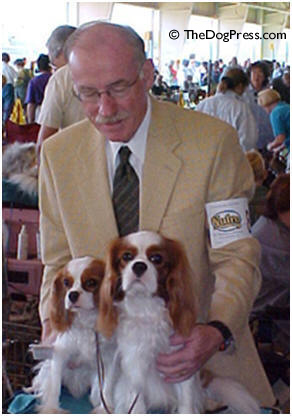 The number of breeders listed on show dogs is astonishing! It seems to take a team of twelve to create a dog! Supers and catalog printers struggle to keep up. I’m looking at a great ad for a top Sporting dog. There are six breeders, four owners, and the dog is “presented by” two people who are “assisted by” three more people. All told, FIFTEEN people claim credit for this dog’s record.

Dog show grounds have sure changed.  Another reason entries are shrinking? Once upon a time, we parked close to the building or even at ringside at outdoor shows. I remember everyone complaining about hiking to the rings as Old Dominion grew, and an elderly terrier icon swearing she’d never be back to Montgomery as she struggled through a mile of mud. 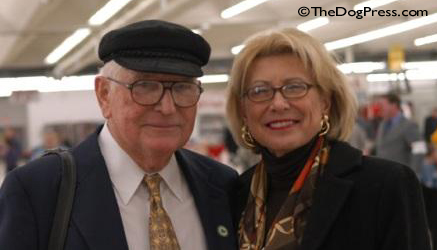 As owner handlers, we used to leave our dogs in the motor home. Parking was such that Bill could run out to stash a class dog and get our special to the ring in plenty of time for a quick brush-up.

But in no time at all, the Cherry Blossom and Tar Heel circuits expanded and handlers started using bicycles, then motor scooters, and finally, everyone had to buy a trailer to haul the  golf carts they had to haul to get around the show grounds! Perry (GA) was impossible without show site transportation.

I thought that was just a southern anomaly until I flew out to Del Valle and decided I’d never complain about the GA fairgrounds again. 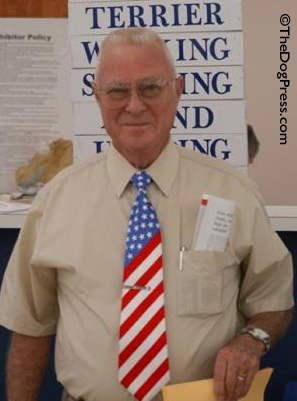 Judges have changed too. As a bumbling novice, I finished my Rottie bitch in just three shows, and a year later, went BB at the Chicago International over a ring full of top ranked Rottweilers. Time stood still in 1975 when Sachmo won his first Group placement. Don’t laugh. Akitas were barely recognized and most judges were afraid of them. Show superintendents like Jimmy welcomed the new entries...

Thankfully, there were judges like Peter Knoop, Marie Moore, Rex Vandeventer, Roy Ayers, Millie Heald, Ed Bracy, Ginny Hampton, Lou Harris, Connie Bosold, Tom Gately, Eleanor Evers, Joe Heine and others who cared enough to learn about a new breed, which at that time was often un-groomed, untrained and shown by novice owners who lacked control.  Add "brave" to the resume of those judges!

If you’re over fifty, you can remember when dog shows weren’t decided before the ink dried on the premium lists. There are still honest, capable judges but like chairs at ringside, they are few and far between. 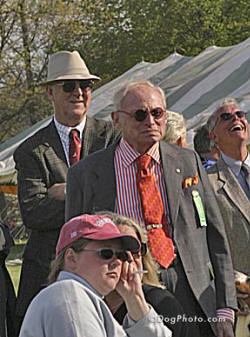 Before the time warp (which began about the same time dog food companies began to sponsor shows) we sent thank you notes for a Group win.  Today judges might receive paid vacation vouchers or tickets to Paris!

Times do change.  Most can’t even remember a time when handlers were first of all, breeders. Tip Tipton, Roy Ayers, and Peggy Adamson are unfamiliar names to the “canine career managers” of today. There was a time when only the most dedicated-connected-successful handlers were assured of a judgeship.  Now anyone can become a judge.

Judging ranks were pretty equally divided between handlers and breeders, lending a perfect balance to the art of judging.

Now, since few people actually do more than dabble as breeders (more owners are in fact "backers" not breeders), that balance is forever gone.  We have shifted to another dimension in the sport of dogs.  It’s a time warp few of us are old enough to notice.

AKC finally agrees with 2-show-days that cut expenses for all! Breeder-Owner-Handler's insightful look at why we show dogs.