The once-secret weather/missile defense facility blamed for record-setting temperatures, floods, tornadoes, and other weather phenomenon, what does 2017 look like? 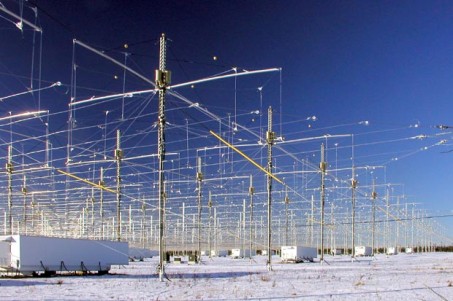 We are theDOGpress but scientists on steroids and weather anomalies interest all who cherish animals!  Dog owners are arguably among the best informed segments of the U.S. population when it comes to health and reproduction. So hang onto your seat as we take a high speed learning curve.

HAARP is “a High-Frequency Active Aural Research Program” which is “funded by the US Defense Department and the University of Alaska.” HAARP “analyzes the ionosphere and seeks to develop technologies to improve radio communications, surveillance, and missile detection.” Source: Dept. Of Defense and Wikipedia

So what's this got to do with dogs?  Bear with me, it has to do with you too. Downplayed as a “conspiracy theory” by government-seeded blogs and websites, HAARP continues to headline internet news. Over 80% of surveyed links cite HAARP as responsible for catastrophic weather phenomenon including Hurricane Sandy and the May 2013 tornadoes that killed dozens of people, helpless horses, and countless dogs, cats, and other domestic animals.

This article is a primer on HAARP, at the end you can SEE how the these installations send 1.7 gigawatts of radiowaves (a billion-watt pulsed radio beam) into the ionosphere resulting in weather-related disasters. Video Theater shows HAARP In Action so you can see how the massive ELF wave transmitter works globally. Even if you slept through Science class, you will easily grasp (gasp) what that means.

Areshev’s assessment that HAARP’s true aim as a weapon of mass destruction “in order to destabilize environmental and agricultural systems” is balanced by its missile defense capability.

Not much was known about HAARP in late 2010 but with 20-20 hindsight, one has to wonder about the rash of global weather and animal phenomenon. When paid experts said that power lines caused thousands of redbirds to plunge to their death, TheDogPress refuted such irresponsible reportage in a Feb. 2011 edition. The junk science seen on mainstream media was patently insulting to intelligent animal owners. HAARP Causes Animal Suicides?{1} discussed the Montauk Monster, showed photos and a global map pinpointing mass animal deaths including penguins in New Zealand, massive fish deaths in Cambodia and Brazil, 8,000 turtle doves suddenly died in Italy, starlings and eagles dropped in droves in China.

Now wait a minute, if it can do all that, can electromagnetic frequencies disrupt your brood bitch's hormones and instinct to reproduce?   See Instant Information on ii Symptoms Of EMF Exposure.

2011 began with the largest tornado outbreak ever recorded. In fact, the Weather Channel Chief Meteorologist said “… what happened in late April 2011 … far exceeded every other outbreak in the historical record.” A total of 748 tornadoes hit the U.S. in April, followed by an EF5 twister that struck Joplin, MO on May 22nd. The unprecedented outbreaks ravaged middle America and we began to wonder who was playing the HAARP?

We interviewed a top military source as the year drew to a close.  He assured us that HAARP could “cause birds to hit an aerial shield or cause a rapid change in water temperature” enough to kill the redbirds and drum fish in Arkansas. He revealed that “China and Russia have similar (HAARP) installations they are testing” and analogized HAARP to “the Arms Race and Reagan’s SDI program.”

January 2012, the Mississippi valley experienced unprecedented warming, producing dozens of tornadoes in Alabama, Tennessee, and Kentucky. That month turned out to be the third most active on record. Debris was still being cleared when in February, a rare (then) EF4 tornado killed eight people in Illinois and March also saw record-setting tornadoes.

2013, an unprecedented series of EF4 and EF5 tornadoes hit Oklahoma. Dozens died in what was characterized as a “swarm” of tornadoes that devastated the OK City area.  The National Weather Service recorded May as the wettest on record.

2014 weather phenomenon was unremarkable compared to "earth-shattering" previous years.  That in itself set off a flurry of comment from weather-watchers. 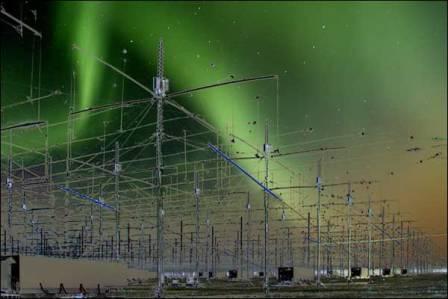 2015 set new combined average temperature records but then 2016 shattered those records with an overall 0.90?C (1.62?F) above the 20th century average. Is nature in revolt or are competing countries sending out “weather warnings” analogous to firing across the bow of an enemy ship?

My military friend was unavailable this week but a retired Black Ops friend (a cat owner!) said that least a half dozen countries now have HAARP installations and “you know how adult boys like to play with their toys.” I asked if our scientists were wreaking havoc or was it “them”? He hesitated only a moment before replying that those countries were unlikely to be careless with their “new toys” but that there was no accounting for who in our military might have access to HAARP installations.

He paused, then said, “There was Fort Hood… Muslim Army psychiatrist goes crazy... and one of those Boston bombers left a note saying ‘When you attack one Muslim, you attack all Muslims.’  So, anything is possible but HAARP installations are well protected.”

My sigh of relief was cut short when he said “Right now we’re watching ‘firestorm’.” What??? He hesitated, “Just keeping track of cruise ship and hotel fires. Very effective … terrorize the heathens when they’re having fun and most vulnerable to psychological imprinting.”

Are you saying our readers should skip vacations? Silence. Our conversations are sometimes like that but then, emphasizing each word, he said “There have been over 34 cruise ship incidents so far this year, from running aground to propulsion problems and nearly as many hotel fires. Might be wise to stay home and plant a garden this summer.” A garden!? “Never a bad idea to have supplies, especially food and medications.” With that he was gone, leaving me staring at the phone in my hand.  I turned to the keyboard.

By 2016 we were used to "breaking news" on weather events.  In fact as 2016 drew to a close, there had been "12 weather and climate disaster events", each one exceeding $1 billion!

We are privileged people who can afford to keep a horse, a cow, or even a pig, just for fun. However, a prudent person would weigh information on governments struggling to cope with critical overpopulation.  Hold your pets close and protect them.

In the meantime, it's important to keep track of weird animal behavior.  See Animal Suicide Around The World.  There is much to learn and Video Theater makes it easy! And for more HAARP videos, see for yourself - HAARP: RAGE AND RUIN 5 extraordinary (short!) best-pick videos.

Brought to you by the NetPlaces Network